John thrilled me, as did so many of the people that I met in Dannebrog. I don’t know what ailment John has suffered, but signs of surgery to his throat and an inability to speak were apparent. What I treasure about John, though, was his face-wrinkling, leg extending laughter as the men in the Danish Baker bantered and boasted. After we talked for a while and I had given some insight around my travels into conversations, John got up to leave. A hand like an anvil weighed on my shoulder while his other hand thrust an affirming thumb up gesture. His face lit up with earnest appreciation as he shook my hand. In many ways John reminded me of my father, who died five years ago of throat cancer. Perhaps my affection for the men of Dannebrog is because their earnestness, humility, humor and sense of community is exactly what my father would have relished about this place.

It could also be because of people like Tom Schroeder, the owner of the Danish Baker. Alone after the breakfast crowd had departed and we’d been chatting for a while, Tom grabbed his guitar and sang me a song about his wife of 36 years. Then, as a patron (Mike, whom I met later) walked in, Tom checked he did not want food and then took me to his home to show me around. Let me repeat that: Tom left the cafe, with its cash register on the counter and with Mike serving his own coffee, so that he could give me a tour of his home. Tom is a treasure. He is the kind of person that once encountered is not forgotten and you feel all the better for having met him. “I just love people,” Tom told me.

When we returned to the Danish Baker about 45 minutes later, Mike had been joined by Russell, John and Darrel. I asked them what community meant, Mike replied, “What you see right here.” 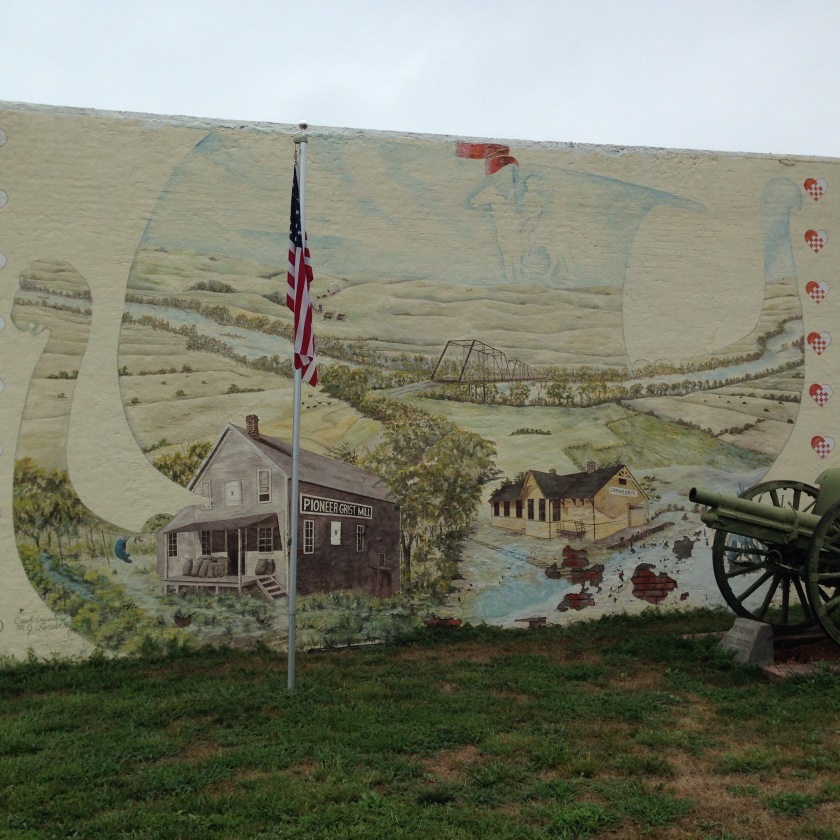 Click the button to donate to the project via Omaha Creative Institute. Note in the donation comments it is for “830 Nebraska.”